What is the history of aloe in the Canary Islands? How long has it been grown?

Aloe Barbadensis Miller, better known by its common name, aloe vera, is not an endemic plant in the Canary Islands, although the islands have the perfect conditions for them to spontaneously grow there. It is believed that the plant originates from the Arabian Peninsula, but it has naturalised in subtropical and temperate regions of both hemispheres. This includes North Africa, the Mediterranean, areas in the south of the Caribbean, Peru, the north of Chile, the southwestern United States, northern Mexico and certain areas in China.

The history of aloe vera in the Canary Islands is extensive. The pre-Hispanic inhabitants of the Islands, now known as Guanches, used many herbs with curative properties and were already aware of the many medicinal properties of the aloe vera plant. After the conquest and subsequent colonisation of the archipelago, this knowledge was passed on from generation to generation by herbalists and those who knew the land well, such as shepherds, and the vegetation that grew on it.

It was the friar, José de Sosa, (Topography of the Fortunate Island of Gran Canaria) who, shocked, wrote about the terrible plague of locusts which devastated Gran Canaria in 1559 and how even this plant was devoured by the insatiable cicada: “It destroyed the crops and harvests across the entire island (…), there was not a single green thing on this Gran Canaria island remaining because even the strong palm leaves and the aloe, which no animal however foul could eat, were destroyed by them.

Visitors to the Islands

Numerous visitors have featured and remarked upon the aloe in the islands’ fields in their writings. Scottish sailor George Glas (Description of the Canary Islands 1764) praised the “Canary climate” as “extremely beneficial, and the natives enjoy greater longevity and health than in any other country in the world”. He then added a detailed description of the plant species on the landscape which “grow spontaneously and without cultivation” as the “aloes in shrubs”. The Count of Poudenx, who organised a scientific expedition to the Canary Islands at the beginning of the 19th century, describes the splendid landscape found in the area of Monte Lentiscal (Gran Canaria) and, together with “scattered vineyards next to leisure houses raised majestically” points out a horizon bordered by the sea and by “volcanic mountains covered with cactus and aloes”. (French Travellers to the Canary Islands).

Christopher Columbus brought aloe vera from the Canary Islands to America on his ships. He stocked an abundant amount of the plant for the needs of the crew on the adventure that would lead them to discover a new continent on their search for India. It spread rapidly in the new world, and all across the continent people referred to it by a term that is now synonymous with the phrase “miracle cure” and which comes from this historical event: Canary ointment.

Cultivation in the Canary Islands

The variety Aloe Barbadensis Miller, or aloe vera, is a plant that grows in many parts throughout the world. However, there are three factors that cause aloe vera from the Canary Islands to contain triple the amount of active properties compared to aloe vera from other areas. These factors are the mild and stable climate that lasts most of the year, the humidity of the air thanks to the proximity of the sea and, most importantly, the volcanic soil which not only nourishes the plants with its rich minerals, but also ensures that any excess water drains quickly because it is so porous. This favours the healthy growth of the plant. Aloe vera had already grown on the Canary Islands for years when a few entrepreneurs took the first steps towards the agricultural production of the plant with the aim of extracting its juice and making use of its properties. Others followed in their footsteps and there are now currently companies and farmers who transform aloe vera leaves into gel and juices with diverse uses on the islands of Gran Canaria, Fuerteventura and Lanzarote.

How is aloe looked after?

It is relatively simple to grow – just make sure that you weed it and water the plant a few times a month. Aloe vera needs very little water, which makes it a very suitable crop for the Canary Islands, especially in those areas of low rainfall. Finally, the aloe vera seedlings that emerge next to the mother plants need to be removed in order to preserve the rich minerals for the mother plant. The small pups are then transplanted to a different spot when they reach 20 to 30 centimetres in size.

What climate does aloe vera grow in?

Aloe vera requires a dry subtropical climate in which temperatures are no lower than 10 degrees Celsius and the rainfall is relatively low.

Aloe is now being used more and more often in medicines and cosmetics. What are the effects of aloe vera? Are they scientifically proven?

Numerous studies carried out by European, North American and Israeli universities and hospitals attest to the benefits of aloe vera for health. You can find a list of them if you search  or “scientific studies aloe vera” in Google. In fact, Negrin Hospital, the largest in Gran Canaria, is undertaking studies on aloe vera. The advantages of pure aloe vera juice.

Because there are so many organic labels and logos, it can sometimes make it difficult to verify what is an ecological, social and sustainable product. What should you pay attention to?

The Canarian government, upon request by the agricultural companies and after verifying the legally established requirements, awards CRAE certification (Regulatory Council of the Ecological Agriculture, Spanish: Consejo Regulador de la Agricultura Ecológica). We are CRAE certified. In addition, our processes respect the environment and our products are dermatologically tested and free from animal testing. There are laboratories which issue these official environmental certifications.

It’s relatively easy to distinguish a genuine fresh aloe vera product; simply look at the ingredients on the product label. If the first ingredient listed is water, the aloe vera was dried and powdered, then rehydrated with water and stabilised with chemical products. If the first ingredient is aloe vera, you can be sure that it is real aloe vera obtained by a cold pressing and only mechanical procedures, the same process by which extra virgin olive oil is extracted. 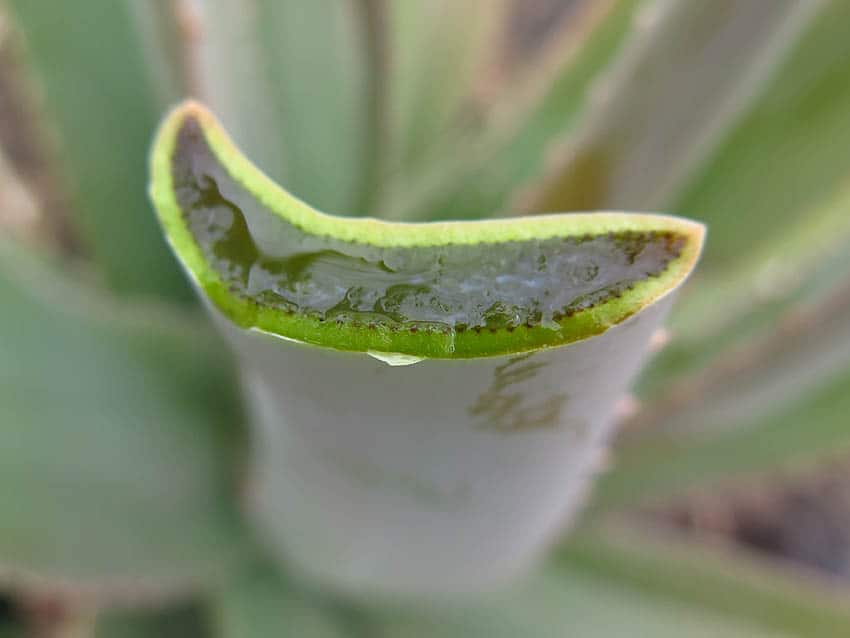 x
x
We are using cookies to provide the best services. If you further use the website you accept the use of cookies. Get more information here